Enabling artists to realize creative initiatives that inspire and transform

* Pier – a safe harbor for artists across cultures and across disciplines

and the promotion of artists worldwide 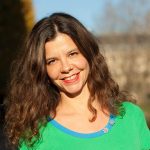 An international arts manager, agent and producer, Petya Hristova has more than 14 years of experience in the fields of the performing arts, visual arts and documentary film production and an extensive network worldwide.

2009 – 2015 – Petya served as Director for International Development of the International Theatre Institute ITI – a global performing arts network, founded by UNESCO, with over 80 centres worldwide. At ITI she expanded the organization’s membership and successfully established ITI regional councils in Africa and the Americas. Petya was in charge of gala events, international theatre and dance collaborations, master classes and workshops worldwide and led the organization of two ITI World Congresses – in Xiamen, China (2011) and in Yerevan, Armenia (2014).

In 2016 Petya established her own company – Art Pier – and now works with organizations, companies, as well as individual artists. Based in Paris, Art Pier covers the globe.

Previous experience includes the European Commission at the United Nations in New York, Pompidou Centre and contemporary art galleries in Paris. Petya is trilingual (Bulgarian, English, French), with good knowledge of Spanish and conversational Russian and German. She holds a Bachelor of Arts in French and European Studies from New York University and a Master’s Degree in European Affairs from Sciences Po Paris.